Tin is the Metal with which the Fourth

Researchers from the Massachusetts Institute for Technology (MIT) in the United States have estimated that tin is the metal most likely to be positively affected by future technology.

Currently, tin is primarily used for soldering circuit boards, but researchers predict that tin will be the material of choice for the next generation of energy-generating and -storage devices whilst being the “glue” that holds all of these components together. This will make tin a vital component in the manufacturing of electric vehicles, advanced robotics, renewable energies, and advanced computing.

The greatest drivers for tin demand will be the Internet of Things and climate change. 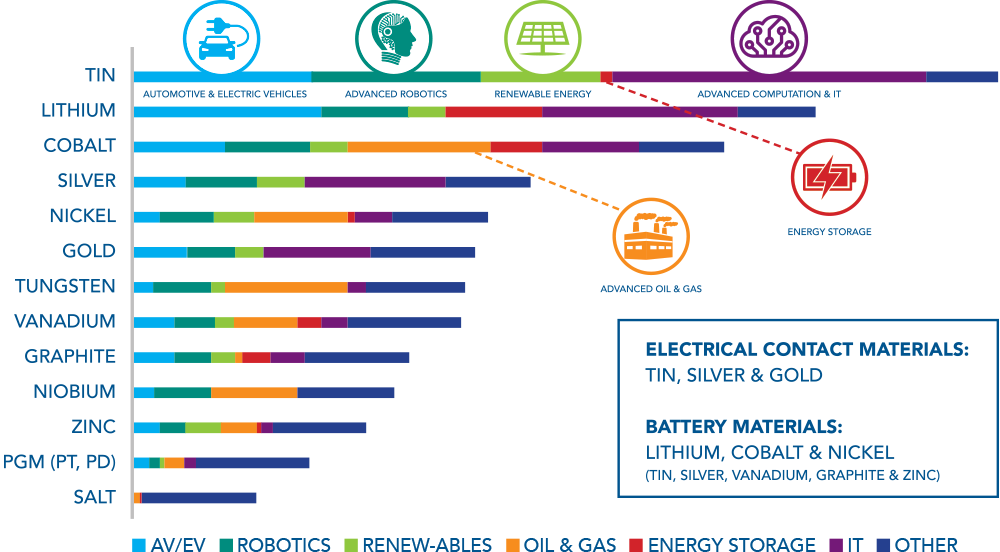 Demand for tin has historically grown at a steady 2%–3%. The depletion of existing mine reserves and growing regulations have meant that global supply is unlikely to keep up with future demand.

Forecasters expect the tin supply to move into deficit during 2022, increasing after this unless new production is brought to market. There are few new tin projects which are imminent producers. A tin price of ~$21,500/tonne is the required incentive price for these projects to be considered viable. 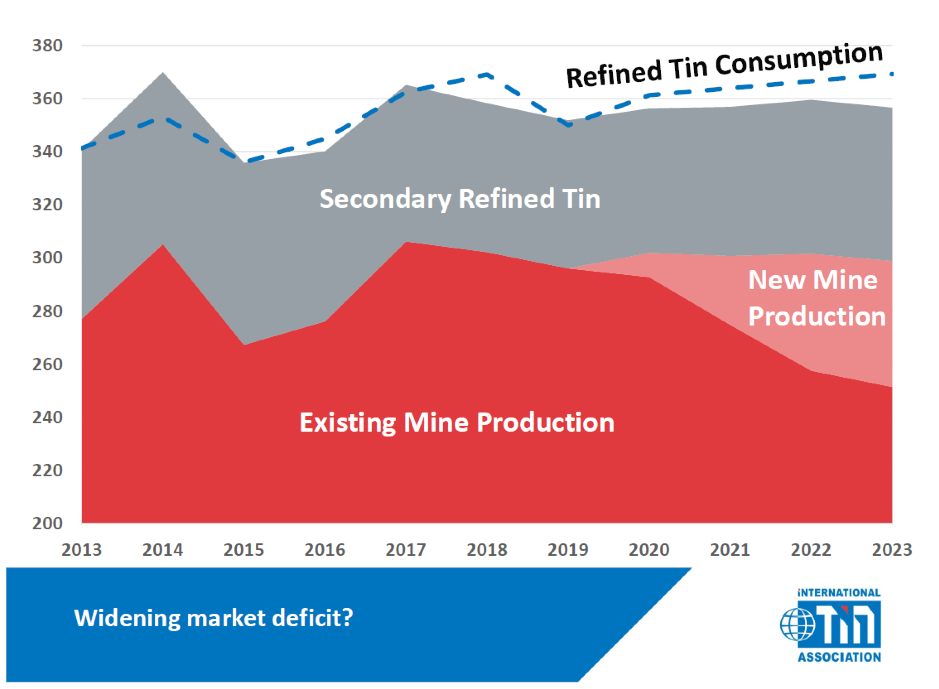 The current price of tin has been affected by the ongoing trade war between the USA and China, and between Japan and Korea. China and Korea are the worlds primary semiconductor manufacturers, hence significant users of tin.

The current economic uncertainty has seen users of tin reducing their inventories rather that procure tin with the associated knock on effect on the price of tin. However, the long-term fundamentals remain strong, and the rich grade of Mpama North provides us with a robust buffer from market fluctuations.