26 April 2022 – Alphamin Resources Corp. (AFM:TSXV, APH:JSE AltX, “Alphamin” or the “Company”), a producer of 4% of the world’s mined tin1from its high-grade operation in the Democratic Republic of Congo, is pleased to announce the latest drill results from its Bisie Tin Complex.

“These thick and high-grade extension results underpin our confidence in Mpama South’s on-going resource growth prospects and further justifies our decision to commence with development activities without delay.”

Mpama South is the high-grade tin development project adjoining the southern end of Alphamin’s operating Mpama North mine. Subsequent to the updated Mineral Resource for Mpama South announced on 29 March 2022 based on 102 drillholes, the Company has received results for a further 12 drillholes. 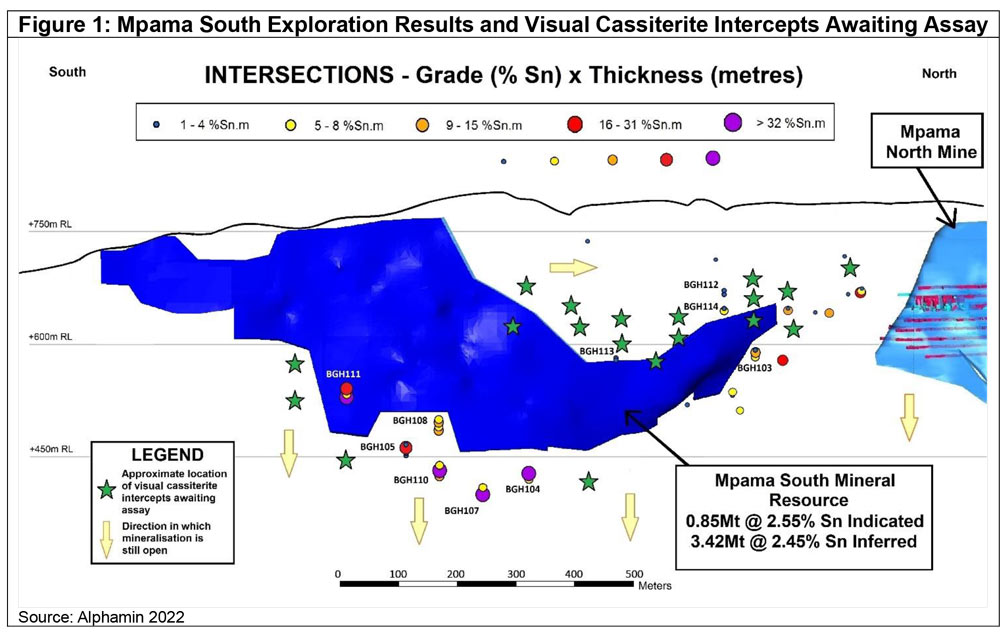 The recent batch of results include the best intercepts received to date at Mpama South with several thick and high-grade intercepts on the down dip side of the deposit. Selected significant intercepts from the most recently received batches of drillhole assays are listed below as apparent widths:

The complete list of assayed intercepts to date is shown in Appendix 2.

Expansion drilling re-commenced on the Mpama North Mine in July 2021, starting with the Mpama North Deeps target. The first drillholes showed increased structural complexity associated with a cross-cutting fault limiting the extents of the target. However, several thick and high-grade intercepts of visual cassiterite were intersected at the Deeps target between this cross-cutting fault and the deepest intercepts from the 2015 drilling, extending known mineralisation along strike northwards.

The most significant intercepts from the recently received batches of drillhole assays in the Deeps target are listed below as an apparent width:

Drilling of the “East-Extension” target at Mpama North commenced in April 2022. The target is immediately below and to the east of the current Mineral Resources at Mpama North which remain open in this area. Several drillholes in the pre-mining exploration drilling campaigns did intercept the tell-tale alteration associated with mineralisation as well as thin mineralisation in the area and expectations are that mineralisation continues eastwards.

Mr Jeremy Witley, Pr. Sci. Nat., B.Sc. (Hons.) Mining Geology, M.Sc. (Eng.), is a qualified person (QP) as defined in National Instrument 43-101 and has reviewed and approved the scientific and technical information contained in this news release. He is a Principal Mineral Resource Consultant of The MSA Group (Pty.) Ltd., an independent technical consultant to the Company. 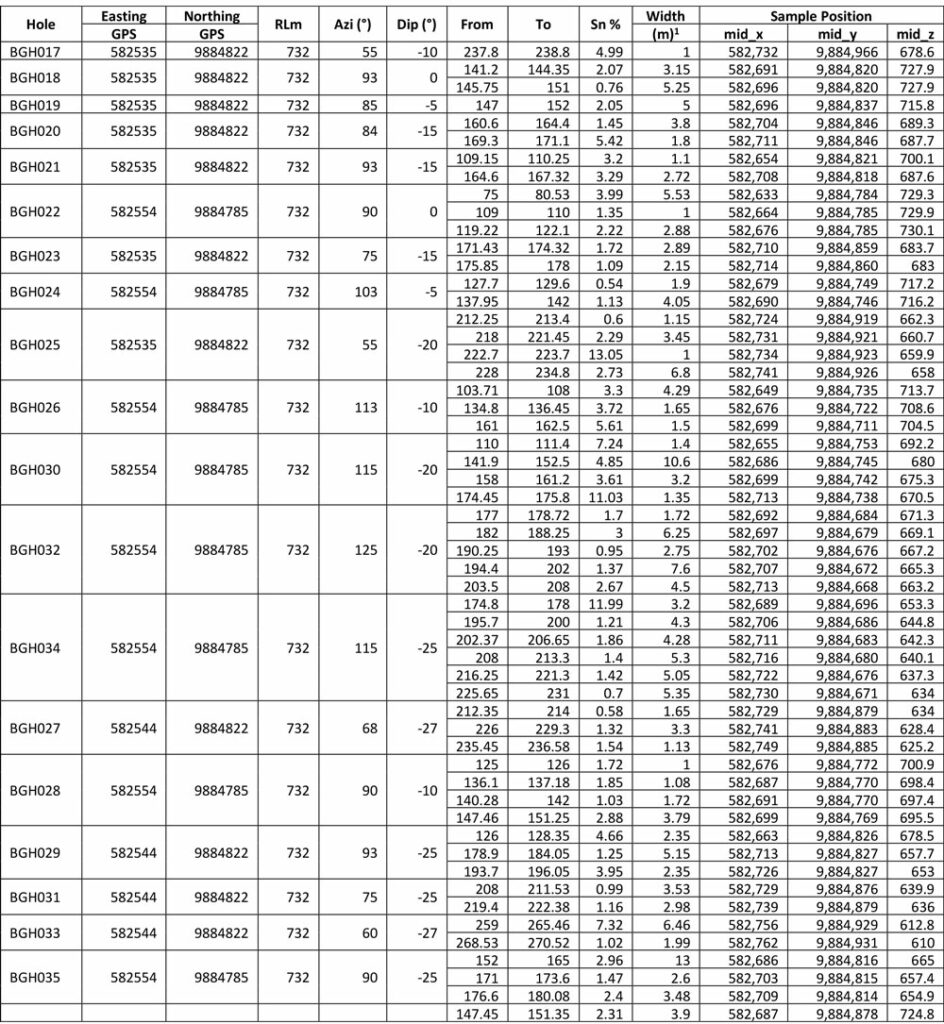 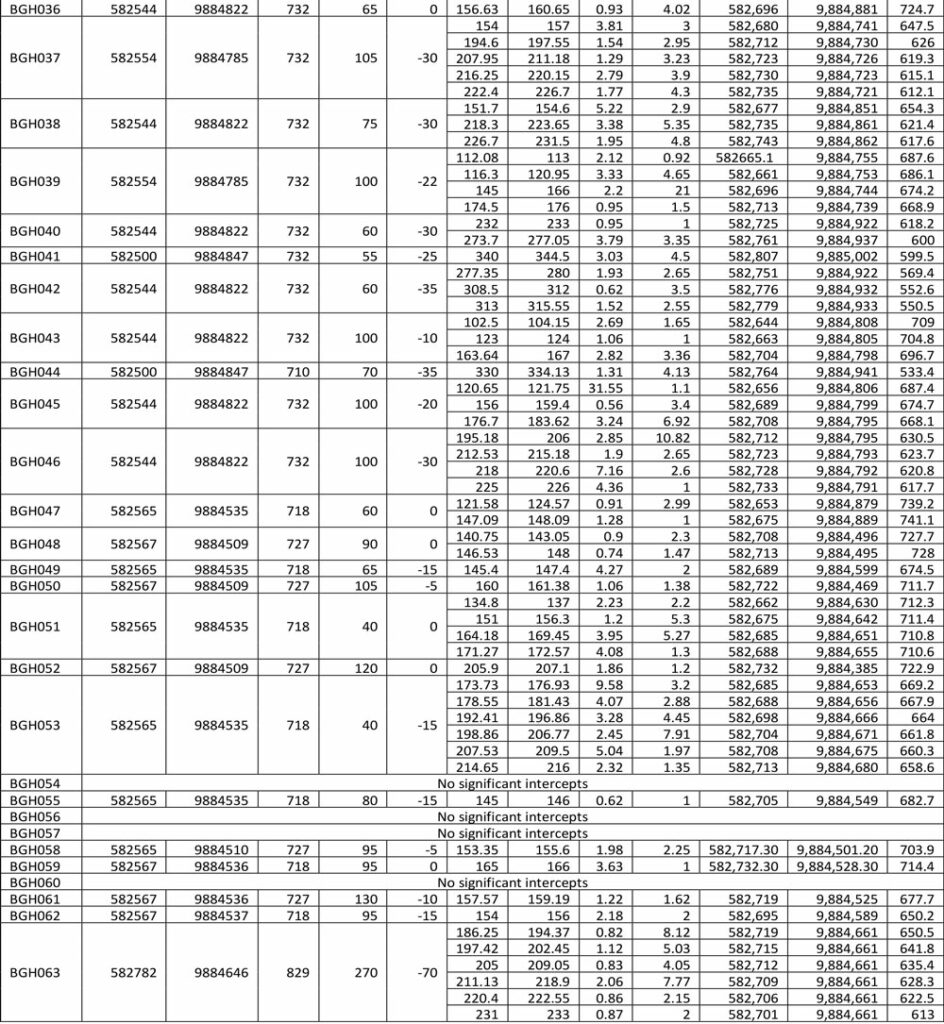 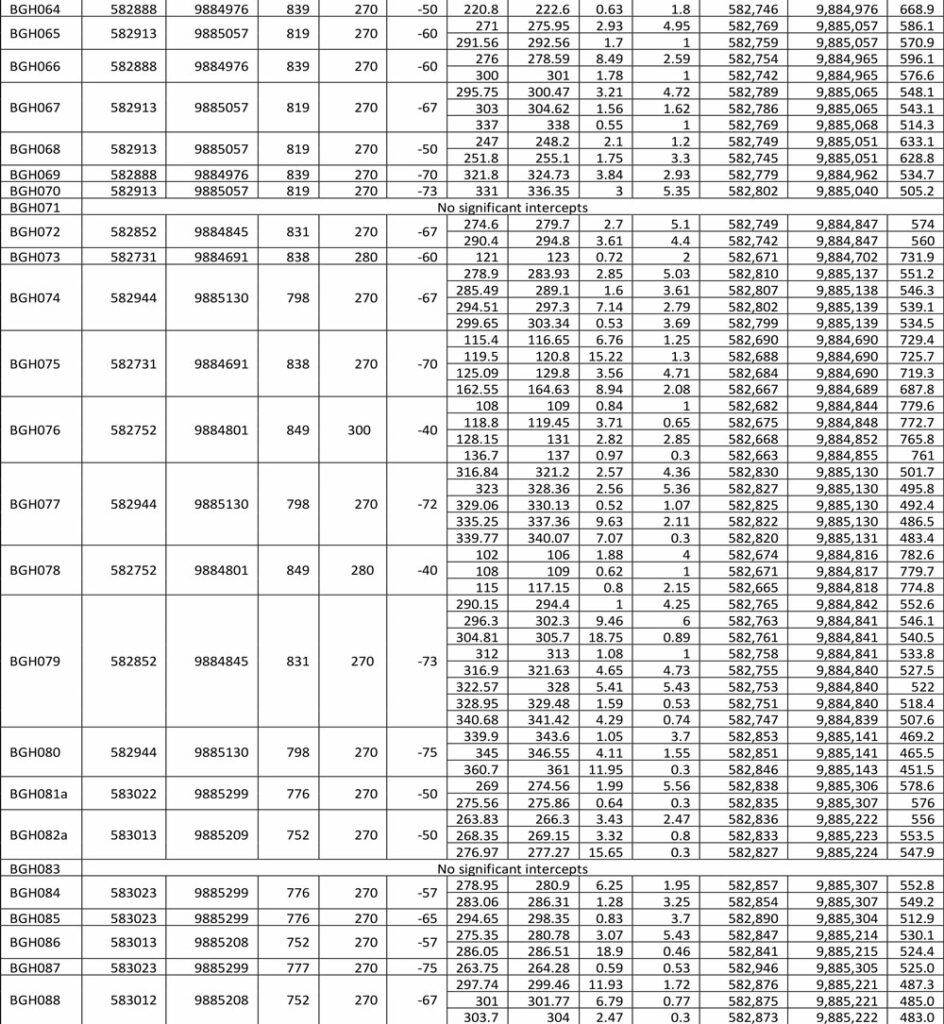 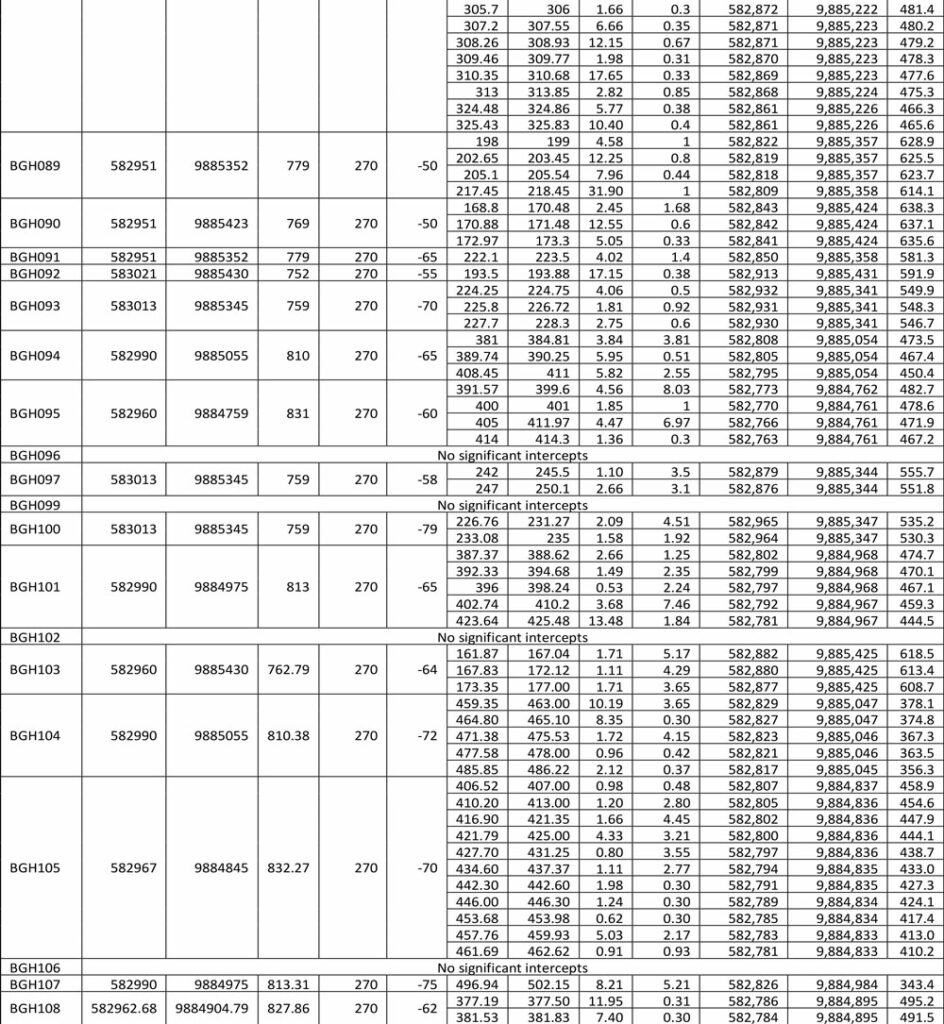